We had a bit of a technical issue the last day or so throughout the site. We located the issue and it should now be working again for everyone. Thanks

Primarch recently got back into GTA Online and we started a new crew for the clan (complete with our emblem for your clothes and cars). If you have this game and want to join us, you’re welcome to play with us. New and current members can join us.

If you do not own the game, the game is free to play online and only requires an upfront game purchase. ($60 USD if you buy on Steam)

If you are new to clan you can apply to Primarch here https://primarchguild.com/join/

Hop on Discord and speak to the officers if you want to get added in that way. 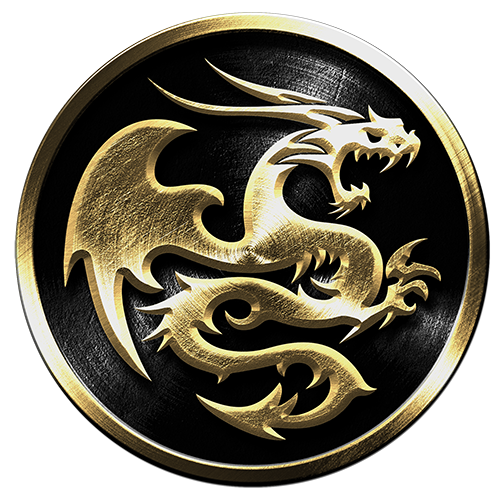 Some of the art work on the site required a much higher resolution version of our clan logo. Sadly, our previous logo was originally made in a smaller resolution format (around 200px x 200px range). Not enough resolution to upscale something like that to higher levels.

This forced me to go back to to the drawing board and recreate the entire logo from the ground up and redo all the layer effects so it holds up at extremely high resolutions.

This was not the easiest task, since I was trying to stay true to our original layer effect style design (the battle-weathered gold metal chiseled medallion look). After a LOT of tweaking and toying around, I think I finally have a HD variant of our logo that holds up visually at extreme closeups.

While it does differ from our tiny logo version in many ways the extra resolution forced me to create much more details in the surface textures than I had to do in our previous version.

The new 4k HD logo gives us flexibility for using the clan logo in cool new ways in the future (more to come on that later). I hope you guys enjoy it!

Great job all to all the combatants that came out this weekend to compete!

The winners of the competition are as follows! 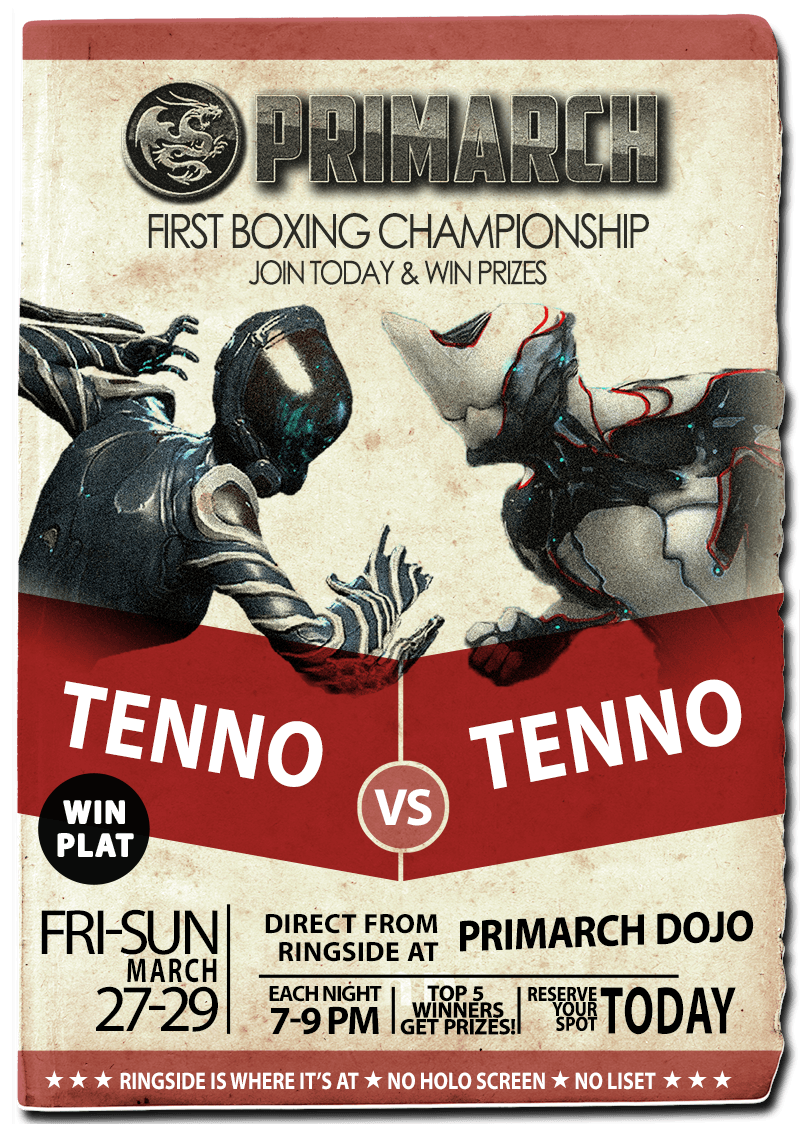 Now here’s the run down for all you brave enough to do this, Mk1-Furax is the only weapon you can use on each other. It can be purchased already crafted from the in game store for only 15,000 credits. You’re allowed to forma & potato this weapon in advance and use any mods you can fit on it. However, keep in mind, most people will likely not be investing a potato and forma for this weapon. Do not be discouraged if you don’t want to invest in this junky weapon… skill also counts for a lot! Just come out and have fun and see how it goes! 🙂

You’re only allowed to use one of the following starting frames (no prime versions); Excal, Volt, Mag or Loki.You’re allowed to forma & potato any of these frames in advance and use any mods you can fit on them!

Each fight is 3 rounds and best of three moves on, until all but 1 remaining Primarch Tenno Champion is left standing!  You will have the whole clan watching you and we may have a twitcher or two for fun.

All tournament winners will be fighting each others at a later date for even bigger prizes!!!!

Primarch is a mature and active PvX multi-gaming clan. We pride ourselves on building a helpful and friendly gaming community. We love to have fun while we play, but we know how to put on our game faces when it’s time to win.

Our player base is mostly located in the USA, but we have members throughout the world. We do raids, events, activities at all times throughout our many games.

If you have a question or requests for Primarch click here.

© 2022 Primarch. All rights reserved. Logo, and all associated logos and designs are trademarks of Primarch Guild. All other trademarks or registered trademarks are property of their respective owners.